Using saddles of his own design, David Kaden started competing in the sport of endurance racing in 1999. His first season he finished in the top ten 100% of the time and had three endurance wins and three best condition awards on his two Arabian geldings. By 2002, David had won two National Endurance Championships, one from the American Endurance Ride Conference (AERC) and the other from the Arabian Horse Association (AHA). In 2009, the Kadens’ Go Flight Leader was named the Jim Joes Award Champion Stallion. David’s father, Dr. Van Kaden, had bred and raised Go Flight Leader on his family farm in East Texas. Dr. Kaden owned the sire and three generations back on the dam’s side.

David’s lifelong love for horses led to the development of an adjustable saddle, which he ultimately patented. He and his wife Tracy now own Specialized Saddles, an endurance saddle manufacturing company known worldwide, and its western saddle division, TW Saddlery. David believes all horses perform better when their saddle fits. He has dedicated his life to relieving back pain for horses through the use of his patented, adjustable fit Specialized and TW saddles.

After a long period of “retirement” from endurance, David returned to win his third National 55 Mile Middle Weight Championship in 2011 in New Mexico. Tracy Kaden won the lightweight national title.

David and Tracy also use TW saddles to compete in various western disciplines including roping and Cowboy Mounted Shooting. He and Tracy learned Cowboy Mounted Shooting while teaching this sport to their own horses, and both have gone on to win their class in the CMSA and MSA state and national championships. David finished 2015 high point in the US in his class, and also Double Down and Senior Incentive National Champion.

David enjoys introducing riders unfamiliar with TW Saddles to measurable improvements in their horses’ movement by demonstrating the stride extension that his fitting system provides. When tracked with a radar gun, most horses show a 2 – 3 mph improvement in their top end speed in mounted shooting, as well as smoother turns and better attitude. David says it’s clear that better saddle fit results in happier, more willing horses and ultimately better performance in all equestrian disciplines.

Amanda Lackey is our office manager at Specialized Saddles. Before joining the specialized team Amanda worked along with Tracy and David at Flight Leader Farm. She spent many years there working with the horses. She is a top competitor in both Western and Endurance events with many first places in both disciplines to her credit. She is a graduate of New Mexico State University with a degree in Ag Marketing. 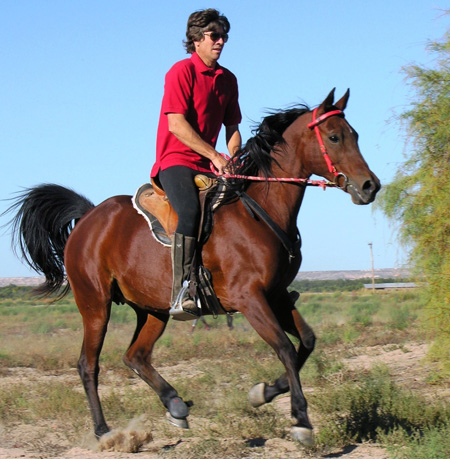 TW Saddlery uses cookies to enable you to use shopping carts, personalize your experience on our site, tell us which parts of our websites people have visited, help us measure the effectiveness of ads and web searches, allows social media sharing and improve our communications and products. Accept Reject Read More
Privacy & Cookies Policy

This website uses cookies to improve your experience while you navigate through the website. Out of these, the cookies that are categorized as necessary are stored on your browser as they are essential for the working of basic functionalities of the website. We also use third-party cookies that help us analyze and understand how you use this website. These cookies will be stored in your browser only with your consent. You also have the option to opt-out of these cookies. But opting out of some of these cookies may affect your browsing experience.
Necessary Always Enabled
Necessary cookies are absolutely essential for the website to function properly. This category only includes cookies that ensures basic functionalities and security features of the website. These cookies do not store any personal information.
Non-necessary
Any cookies that may not be particularly necessary for the website to function and is used specifically to collect user personal data via analytics, ads, other embedded contents are termed as non-necessary cookies. It is mandatory to procure user consent prior to running these cookies on your website.
SAVE & ACCEPT